Our 6th generation family farm was established in 1880 by George Thomas Williams. Over the years Red Acres has produced 5 generations of dairy Holstein cows, turkeys, grains, hay and straw.

In 1994 Red Acres was designated as a “Century Farm” – owned and farmed by one family for at least 100 years.

During 2004 the Holstein cows were sold and Red Acres became totally a grain, hay and straw farming operation.

In May 2015, Bryan (5th generation) and his mother added to their farming, Red Acres Hydroponics – growing lettuce and herbs in water year round in their newly built double bay greenhouse. In 2018, a third hydroponic greenhouse was added on to the original two. The out buildings date from the 1930’s. One of our heritage buildings has been renovated (2019) to be office space and a welcome center for visitors coming to purchase our Red Acres Hydroponics, lettuce and herbs. 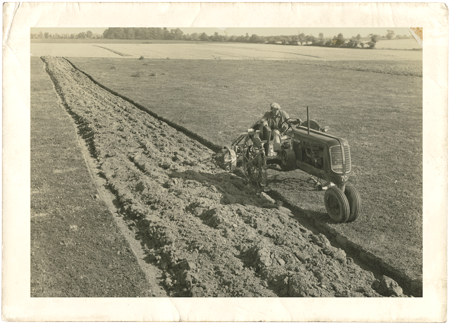